The Al Ghurair STEM Scholars Program offers high-achieving Arab students not only financial support to pursue their education at top universities, but also offers them opportunities to develop their leadership skills and to put their commitment to giving back to action. The ‘Arab Youth Forum’ was an ideal platform to join other inspiring youth working to shape a vision for the future of Arab youth and finding shared opportunities to make a difference in their respective communities. The Al Ghurair Scholars have been profiled on several news channels including Al Arabiya, CNN, and Skynews (see here and here). Al Ghurair scholars are actively seeking opportunities to represent the new generation of Arab leaders and citizens and to embody the Foundation’s slogan of ‘Re-imagining a New Arab Story’.

Reem Elfatih Salman, an Al Ghurair STEM scholar from Sudan shared that “The World Government Summit was a magnificent experience that brought together remarkable youth from across the Arab World. I was introduced to young people with great ideas and rich experiences which made me hopeful that a bright and promising future is more than a dream: it is a reality that we can create.”

In the closing of the World Government Summit, H.H. Sheikh Mansour Bin Zayed Al Nahyan announced the National Arab Youth Strategy. He was surrounded by a group of young men and women including Mohammad Said Alghabra, an inspiring Al Ghurair STEM Scholar from Syria. On stage, Mohammad Said emphasized the importance of quality education in unlocking the potential of youth and the role of youth themselves in shaping the education agenda. “As Arab youth, we should commit to developing globally competitive quality education that would ensure that youth acquire the essential 21st century skills for life.” The full video of H.H Sheikh Mansour Bin Zayed Al Nahyan’s session with Mohammad Said and other distinguished youth is available here. More information about the National Arab Youth Strategy and its seven key initiatives can be found here.

“I learned from the World Government Summit that the Arab World is full of buried treasures in the form of youth energy, and I am now confident that in the near future, the Arab region will take a leap toward resuming its position as a leader,” El Houssine Talab, Al Ghurair STEM scholar.

*The World Government Summit was held under the patronage of H.H. Sheikh Mohammed bin Rashid Al-Maktoum, Vice President and Prime Minister of the United Arab Emirates (UAE) and ruler of Dubai. It took place in Dubai on February 12-14 2017 and drew the largest participation since its launch in 2013, with 150 speakers across 114 sessions and more than 4,000 regional and global personalities within138 international delegations. 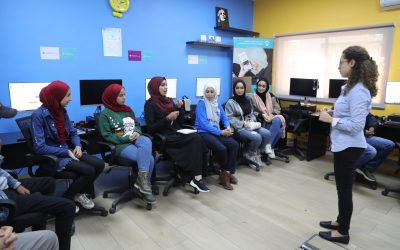 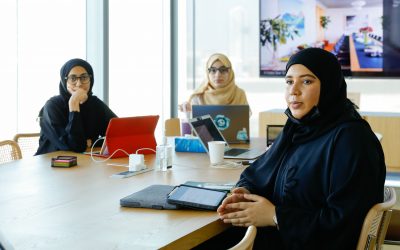 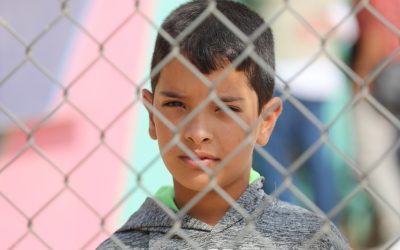 Refugee Education is crucial to preventing a lost generation, according to a new report by Abdulla Al Ghurair Foundation for Education